State of the nation: British theatre since 1945 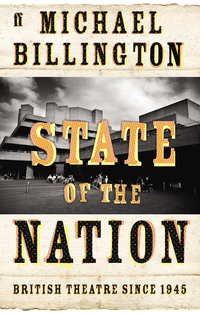 State of the nation: British theatre since 1945

Michael Billington looks at post-war Britain from a theatrical perspective. He examines the constant interplay between theatre and society from the resurgent optimism of the Attlee years to the satire boom of the 1960s and the growth of political theatre under Tony Blair in the post-Iraq period

Michael Billington has been theatre critic of the Guardian since 1971 and of Country Life since 1986. He is the author of biographies of Harold Pinter (newly revised this year) and Peggy Ashcroft, of critical studies of Tom Stoppard and Alan Ayckbourn, of a celebration of Ken Dodd and a collection of reviews, One Night Stands. He has also edited Directors' Shakespeare: Twelfth Night and Stage and Screen Lives selected from the Dictionary of National Biography. He frequently lectures and broadcasts on the arts, teaches drama for the University of Pennsylvania and is a Visiting Professor at King's College, London and an Honorary Fellow of St Catherine's College, Oxford.