Catalogue Search for "subject:(United Kingdom, Great Britain... The country and the city 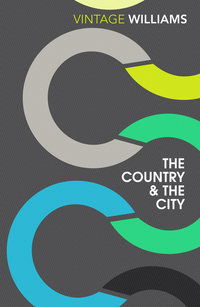 The country and the city

Raymond Williams was born in 1921 in the Welsh border village of Pandy, and was educated at the village school, at Abergavenny Grammar School, and at Trinity College, Cambridge. After serving in the war as an anti-tank captain, he became an adult education tutor in the Oxford University Delegacy for Extra-Mural Studies. In 1947 he was an editor ofPolitics and Letters, and in the 1960s was general editor of theNew Thinker's Library. He was elected Fellow of Jesus College, Cambridge, in 1961 and was later appointed University Professor of Drama.

Raymond Williams was married in 1942, had three children, and divided his time between Saffron Walden, near Cambridge, and Wales. He died in 1988.

While written with the energy of political engagement, it is a critically generous book... Even where you would read something differently, there is space to disagree

"
Guardian||"His complex character, indeed his whole life, was held together by two qualities - scholarship and political conviction - which made him a major influence on three decades of political thought"
Independent||"I went back to my own edition ofThe Country and the City...Certain books are held dear because they are also psychic landmarks revealing where and how they helped us come into consciousness. Inevitably, our perception of the world continues to be informed by such texts long after the precise details of their contents have been forgotten."
New Statesman||"He was the foremost political thinker of his generation in Britain who in his most formidable books,Culture And Society,The Long RevolutionandThe Country and the City, redrew the map of our cultural history, and elsewhere made heroic interventions in the main political debates of his time"
Guardian||"The first thing that struck me about this book when I read it as an undergraduate was the personable charm of the narrator. Embarking on a topic which could hardly be broader or grander: the study of how literature has described the world; he starts with his own country, with his own city. His emotion about his birthplace his sense of belonging, is so powerful, that the book reads at times like an autobiography, like a love-letter to the country of his childhood"
Independent

WITH AN INTRODUCTION BY TRISTRAM HUNT

'A major influence on three decades of political thought'Independent

Our collective notion of the city and country is irresistibly powerful. The city as the seat of enlightenment, sophistication, power and greed is in profound contrast with an innocent, peaceful, backward countryside. By examining literature since the sixteenth century, Williams traces the development of our conceptions of these two traditional poles of life. His groundbreaking study casts the country and city as central symbols for conceptualizing the social and economic changes associated with capitalist development.