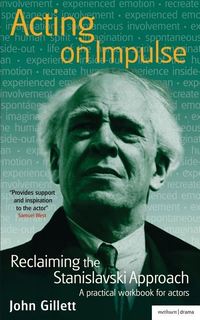 Stanislavski was the first to outline a systematic approach for using our experience, imagination and observation to create truthful acting. 150 years after his birth, his approach is more widely embraced and taught throughout the world - but is still often rejected, misunderstood and misapplied.In Acting Stanislavski, John Gillett offers a clear, accessible and comprehensive account of the Stanislavski approach, from the actor's training to final performance, exploring: ease and focus the nature of action, interaction and objectives the imaginary reality, senses and feeling active analysis of text physical and vocal expression of character the actor in the context of training and the industry.Drawing on Stanislavski's major books, in both English translations, and on records of his directing process and final studio classes, Acting Stanislavski demystifies terms and concepts. It is for actors from an actor's point of view, and offers many practical exercises and examples as an integrated part of each subject.Acting Stanislavski also creates an up-to-date overview of the Stanislavski approach, connecting his legacy with the work of his successors, from Michael Chekhov to Meisner, Adler and Strasberg.A new, extended and fully updated edition of Acting on Impulse: Reclaiming the Stanislavski Approach (Methuen Drama, 2007), Acting Stanislavski now includes new exercises and biographies, a further chapter on The Character, and an expanded glossary along with many other additions to the previous chapters. It is an essential practical and educational resource for any acting student, professional or teacher