Poetry and the Cromwellian Protectorate: culture,... 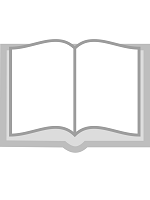 Poetry and the Cromwellian Protectorate: culture, politics, and institutions

The Cromwellian Protectorate was a period of innovation in poetry and drama, as well as constitutional debate. This account of the period focuses on key cultural institutions, to examine poetry's relationship with a culture in transformation and crisis

Edward Holberton is a Junior Research Fellow at St John's College, Cambridge. He completed his PhD at Trinity College, Cambridge and his interests include poetry, drama and art of the seventeenth century, as well as late modernist art and literature.

The Cromwellian Protectorate was a period of innovation in poetry and drama, as well as constitutional debate. This new account of the period focuses on key cultural institutions - Parliament, an embassy to Sweden, Oxford University, Cromwell's state funeral - to examine this poetry's relationship with a culture in transformation and crisis.

Edward Holberton shows that the Protectorate's instabilities helped to generate lively and innovative poetry. Protectorate verse explores the fault-lines of a culture which ceaselessly contested the authority of its own institutions, including the office of Protector itself. Poetry by Andrew Marvell, Edmund Waller, William Davenant, and John Dryden, contributed to a vibrant poetic culture which embraced diverse forms and occasions: masques for the weddings of Cromwell's daughters, diplomatic

poems to Queen Christina of Sweden, naval victories, civic pageants, and university anthologies in celebration of a peace treaty. Many of these texts prove difficult to align with established ideas of the political and cultural contests of the age, because they become entangled with cultural

institutions which could no longer be taken for granted, and were in many cases transforming rapidly, with far-reaching historical consequences.

Poetry and the Cromwellian Protectorate asks how poetry confronted questions that were complicated by institutional practices, how poets tried to square their wider cultural sympathies with their interests in a particular parliamentary or university crisis, and how changes in institutions afforded poets critical insights into their society's problems and its place in the world. The readings of this book challenge previous representations of Protectorate culture as a phase of

conservative backsliding, or pragmatic compromise, under a quasi-monarchical order. Protectorate verse emerges as nuanced and vital writing, which looks beyond the personality of Oliver Cromwell to the tensions that shaped his power. Poetry and the Cromwellian Protectorate argues that it is precisely through being

contingent and compromised that these poems achieve their vitality, and become so revealing.

A particularly enjoyable aspect of Holberton's work is the epilogue...Like the literary culture Holberton deftly portrays, these concluding remarks are as provocative as they are energetic, and offer a revision of the historical influence of "liberalism" over academic literary criticism itself.
Johanna Harris, Times Literary Supplement||Holberton makes a significant contribution
The Review of English Studies||a genuine interdisciplinary study that brings out both the historical and literary qualities of both well-known and somewhat neglected texts.
Ivan Roots, English Historical Review