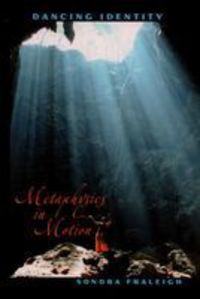 Combining critical analysis with personal history and poetry, 'Dancing Identity' presents a series of interconnected essays composed over a period of 15 years

"A kaleidoscope of what it is to be human. Fraleigh's project is not just to articulate the human potential of an existential metaphysics, but dancing as the mode of existential being par excellence."

"An arresting and relentless examination of dance, gender, and identity. Fraleigh's autobiographical elements are remembered with wonder against overwhelming odds. I felt empowered as a woman through her words."

"The wide-ranging themes explored in <I>Dancing Identity</I> are tied together by a personal narrative that is engaging and provocative, and that brings new and vital life to the once highly charged feminist claim that the personal is political."