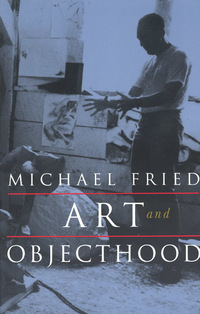 Art and objecthood: essays and reviews

Much acclaimed and highly controversial, Michael Fried's art criticism defines the contours of late modernism in the visual arts. This volume contains twenty-seven pieces, including the influential introduction to the catalog for Three American Painters, the text of his book Morris Louis, and the renowned "Art and Objecthood." Originally published between 1962 and 1977, they continue to generate debate today. These are uncompromising, exciting, and impassioned writings, aware of their transformative power during a time of intense controversy about the nature of modernism and the aims and essence of advanced painting and sculpture.Ranging from brief reviews to extended essays, and including major critiques of Jackson Pollock, Morris Louis, Kenneth Noland, Jules Olitski, Frank Stella, and Anthony Caro, these writings establish a set of basic terms for understanding key issues in high modernism: the viability of Clement Greenberg’s account of the infralogic of modernism, the status of figuration after Pollock, the centrality of the problem of shape, the nature of pictorial and sculptural abstraction, and the relationship between work and beholder. In a number of essays Fried contrasts the modernist enterprise with minimalist or literalist art, and, taking a position that remains provocative to this day, he argues that minimalism is essentially a genre of theater, hence artistically self-defeating.For this volume Fried has also provided an extensive introductory essay in which he discusses how he became an art critic, clarifies his intentions in his art criticism, and draws crucial distinctions between his art criticism and the art history he went on to write. The result is a book that is simply indispensable for anyone concerned with modernist painting and sculpture and the task of art criticism in our time