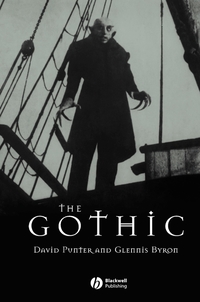 "The overall result is wonderfully informative and suggestive for the beginning student, while offering some striking additional insights spread across the book for advanced students of Gothic who have yet to consider such contexts for it as postcolonialism, 'goth' subcultures and 'Hallucination and the Narcotic'." Gothic Studies

This guide provides an overview of the most significant issues and debates in Gothic studies.

The guide is divided into four parts:

The opening section explains the origins and development of the term ‘Gothic’, considers the particular features of the Gothic within specific periods, and explores its evolution in both literary and non-literary forms, such as art, architecture and film.

The following section contains extended entries on major writers of the Gothic, pointing to the most significant features of their work.

Finally, the text considers recurrent concerns of the Gothic such as persecution and paranoia, key motifs such as the haunted castle, and figures such as the vampire and the monster.

Supplementary material includes a chronology of key Gothic texts, listing literature and film from 1757 to 2000, and a comprehensive guide to further reading.