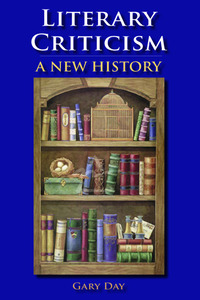 With a span that goes from the Ancient Greek period to the present day, this history of literary criticism will inform readers about the lives of notable critics, the times in which they lived, and about how the same problems of interpretation and valuation crop up throughout the ages

A THE Book of the Week

Did you know that Aristotle thought the best tragedies were those which ended happily? Or that the first mention of the motor car in literature may have been in 1791 in James Boswell's Life of Johnson? Or that it was not unknown in the nineteenth century for book reviews to be 30,000 words long?

These are just a few of the fascinating facts to be found in this absorbing history of literary criticism. From the Ancient Greek period to the present day, we learn about critics' lives, the times in which they lived and how the same problems of interpretation and valuation persist through the ages. In this lively and engaging book, Gary Day questions whether the 'theory wars' of recent years have lost sight of the actual literature, and makes surprising connections between criticism and a range of subjects, including the rise of money.

General readers will appreciate this informative, intriguing and often provocative account of the history of literary criticism, students will value the clear way in which it puts criticism into context and academics will enjoy getting to grips with this challenge to the prevailing view about the nature of current theory.

Gary Day is a well-known writer and critic, and has been a regular contributor to the Times Higher Education

Integrates a wide range of writers, critics and texts into a continuous history

Passionately defends the idea of the 'literary'

Gary Day has made a thought-provoking and highly readable contribution to one of the most difficult categories of critical writing: a history of literary criticism... Day's personalised 'take' on the subject is highly instructive. For instance, the author embeds within his narrative the grand narratives of Darwinism, the rise of Protestantism, and the like, in order to draw out various attempts at the shaping of literary criticism in its social and intellectual contexts rather than to contain them... There is a great treasure trove of curiosities here, economically expressed, which really adds to the great pleasure of reading this book...A book lover's joy.
Cambridge Quarterly||[Literary Criticism] is an insightful, absorbing and provocative account of the development of theories in the West in the last twenty-four centuries... This book is written in an engaging style and it is enlivened by interesting tidbits about critics and their times. It provides a comprehensive bibliography of both primary and secondary sources chapter-wise... of immense use to students who want to pursue their inquiry further.
East West Journal of Humanities||Day is exuberantly readable; his synthetic competence seems informed by the skills of a good teacher... He is impatient with designer theory, and his lightness of touch is heroic in the presence of hugely intractable and diverse material from the past. With these qualities he has constructed a book that will appeal to students and scholars alike, one that will make much visible that was previously shrouded in the occult art of telling the truth about the critical past - as far as such truth can be told.
Times Higher Education